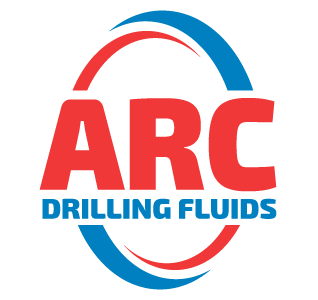 This case history provides an implementation overview of the drilling fluid services in 2014 on the East Cheyenne Gas Storage project (now owned by Enstor Inc.). The intent of this document is to provide a discussion, system design and benefits overview of what occurred on the wells.

The primary focus’ of the design offering was to:

Upon reviewing the initial data and discussing it with the engineering team at that time our first concern was the gas storage formations risk exposure to damage. The well was designed without an intermediate hole size and casing string. The employ of a traditional filter cake building system at the high-pressure differentials between the hydrostatic head and depleted gas storage sand would have resulted in deep invasion within the Dakota J gas storage sand and significant risk for differential sticking. These concerns were based on years of our drilling experience in fields of similar well design and pressure differential challenges. The system offered was engineered to perform as follows and has done so many times since the mid 1990’s.

Below is an Array Induction log from one of the Dakota J gas storage sand wells drilled with this system in 2014 for East Cheyenne Gas Storage north of Sterling, Colorado. The solids free, differential pressure dependent seal was minimally invasive. Sufficiently minimal that when perforation of the storage reservoir took place, the formation contacted during the perforation process had its 1st contact by anything foreign at the time of perforation (virgin reservoir). Zero skin damage was observed.

The sand storage reservoir pressure on this well was 927 psi, the ECD hydrostatic head pressure during drilling was an equivalent mud weight of 10.17 ppg and the calculated pressure differential was 1,904 psi. 10.75” surface casing was set at 1,328 feet and 8.5” open hole was drilled to 5,570 feet TVD. The ability to pro-actively optimize the storage reservoir’s integrity was preserved by this system and the solids free, pressure differential dependent seal it delivered.

The following two images speak to why the employment within the drilling, perforation, completion and workover fluids were used in the drilling fluids of these two wells. The micro-solution product was employed to optimize the gas storage reservoirs performance. These images describe the effects of the product on regain permeability analysis on field reservoir core after adding ½ of 1 % by volume to a simple drilling fluid.

(Please note the same field drilling fluid was used for the tests and core plugs were taken from the same core sample.)

With Micro-solution Added (100% regain of permeability at 5 psi.)

With the micro-solution product, the intent in these wells was to penetrate the storage reservoir as far as the drilling fluid seal and perforation fluids invaded. The reason for this was the product is designed to optimize wettability and contact angles thus minimizing pressure thresholds. By employing this additive, expedient clean-up of invaded fluids and idealization of the storage reservoirs permeability to hydrocarbons (hydrocarbon mobility) were realized. The net result was protection of the gas storage reservoirs injectivity and flowback performance integrity.

Late in 1999 and early into 2000 the extent of the differential pressure management benefits this system offers began to reveal themselves. The technology was being employed in old fields on Lake Maracaibo, Venezuela that were originally drilled back in the 1950’s. PDVSA was attempting to drill 3,000 feet horizontal sections in the severely depleted sands and were not able to achieve more than 750’ of open hole without incurring issues. Multiple attempts were made with various reservoir drill-in fluids (Oilbase and waterbase) all to no avail.

Plans were underway to construct a $ 20 million UBD barge to aid in the drilling of wells in these fields when this system was tried. The first attempt with the system was successfully drilled to planned TD without incident as were the subsequent 4 or 5 wells. The fluid was being employed as a reservoir drill-in (RDI) fluid at that time.

The field proven, synergistic package offering of system, products and engineering described above are ideal for a lot of today’s porous media gas storage fields such as the East Cheyenne Gas Storage (now owned by Enstor Inc.). Absolutely nothing out of the norm is required to use this package. Standard drilling equipment, standard drilling practices and nothing more.

ARC remains diligent to seek out opportunities where the features and benefits of our technical offerings reward our employer and their client with respectful use of their working capital.